....Numerous inconvenient truths are conveniently ignored by Bitcoin/crypto-currency promoters.  Not the least of which is that the fact that the original concept for cryptographic currency was envisioned by the NSA.   I guess it’s convenient to assume the NSA developed this concept and then put it out there for the private sector to develop.  Sure, that makes sense.  A rapid rise in price does not validate an investment concept.  Dozens of dot.com stocks went from simple websites to multi-billion dollar market caps and back to zero in the late 1990’s. Until proven otherwise by the long test of time, Bitcoin could be another product of a fiat money printing bubble that is 100x the size of the money bubble that fueled the dot.com bubble. Gold and silver have withstood the test of 5,000 years. Bitcoin has less than 3,000 days of time-testing.... http://investmentresearchdynamics.com/  (Click on the NSA link and read the entire report which was released in 1996. The CFR spoksman, Benn Steil, revealed their plans in 2008. A friend once told me that there are three things that make people buy into an idea: Fear. Hope and Greed - and the greatest of these is Greed....word to the wise.)

Bill, Jim and Dave discuss Bitcoin versus precious metals with Bix Weir and Clif High. (Doesn't matter what these interesting arguements are - the new system will match what the Bible says - eventual total control)  https://www.youtube.com/watch?time_continue=3495&v=z0Dval_I0_w

Post Market Wrap Up PLUS: Bitcoin/Stocks Q&A. BIG RANT At The End! (Video)

The sounds emanating from the markets and the news feeds can mean only one thing—  a page in history is turning, and a new chapter is about to begin. Today was a precious metals December futures options expiration on the Comex. As you may recall, December is one of the biggest months for the metals futures. That should tell you quite a bit about the price action. Those new holders of futures contracts, thanks to holding an in-the-money call into expiration, will probably get a 'gut check' on price at some point, depending on how the numbers went. We will not know this for a day or two.
Much of the physical exchange of gold is being conducted off-market over the counter through 'Exchange for Physical' (EFP) transactions. The real insights into the physical gold market are to be found as they can in Asia, and to some extent in London.  New York remains remarkably opaque, despite its scrupulous attention to reporting lots of details—  with a deniable linkage to the underlying reality, one might add.  Just read the disclaimer on their reports. Is there is a risk in this lack of full disclosure?  Of course there is.  The question is whom does it advantage, and disadvantage?   But alas, this controlling of information for advantage is the sordid tale of our society, where figures who blatantly lie to Congress are later cited as the principle information sources for claims and issues of great national preoccupation and importance. Alas, the scene in Washington becomes increasingly embarrassing, eerily resembling the Third World.   The status quo is doubling down again and again on their perceived advantages.   And this will not be sustained. Stocks were largely unchanged today.  The prognosticators are looking forward to a continuation of this asset inflation, without a corresponding stimulus and growth in the real economy.  And thereby it is the best of times, and the worst of times, as the saying goes. Have a pleasant evening. http://jessescrossroadscafe.blogspot.com

Government violates its own anti-trust laws and proof of that is indeed just look at cities like Philadelphia and New York City. Both tax over and above all other municipal government around them. The Sherman Act is divided into three sections. Section 1 prohibits specific means of anticompetitive conduct. Section 2 deals with end results that are anti-competitive in nature. Thus, these sections prevent businesses from violating the spirit of the Act, while technically remaining within the letter of the law. Section 3 simply extends the provisions of Section 1 to U.S. territories and the District of Columbia. Since local government municipalities are actually corporations, it appears that there is no exception for a government corporation from the Act.

Section 1:
“Every contract, combination in the form of trust or otherwise, or conspiracy, in restraint of trade or commerce among the several States, or with foreign nations, is declared to be illegal.”
Section 2:
“Every person who shall monopolize, or attempt to monopolize, or combine or conspire with any other person or persons, to monopolize any part of the trade or commerce among the several States, or with foreign nations, shall be deemed guilty of a felony… A municipal corporation is a legal term for a local governing body, which includes cities, counties, towns, townships, charter townships, villages, and boroughs. The term can also be used to describe municipally-owned enterprises. Consequently, municipal corporations exist when such municipalities become self-governing entities under the laws of the state or province in which they are located. They receive a declaration of a municipal charter, which is actually a corporate certificate. Such charters are the legal document establishing a municipality. 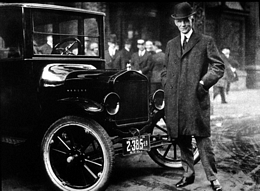 Ford Motor Company created the assembly line in order to bring down the cost of a car from $850 in 1908 to $300 by 1925 so everyone could afford one. The price declines with scale. Government is clearly a monopoly because the cost of government only rises. They pass the laws and will seize your property or throw you in prison if you do not pay your taxes. That is EXACTLY the same scheme as the Mafia Protection scam – pay or you get trouble. Government violates its own laws and acts the same as any criminal organization. They know then are a monoply for they control the rule of law and the means of prosecution. This is a deadly combination that defeats liberty. There is no possible way that we live in a “free society” for we are “free” only as long as we obey whatever law they write even if it conflicts with the Ten Commandments, ethics, or morality.  https://www.armstrongeconomics.com/world-news/taxes/monoply-govt-violates-its-own-anti-trust-laws/

Thanks Loser: How Obama Brought Back Muslim Slavery Of Black People
America’s first black president didn’t bring “Hope” to America, but he did bring slave auctions to Africa. After Obama “liberated” Libya for the Islamist rebels, Arab Muslims sell black slaves for a few hundred dollars at slave auctions....While leftists tear down the statues of slave owners from centuries ago, it was the left that brought back the sale of black men as property.....The black men being sold as slaves are Nigerians. Islam forbids Muslims to enslave Muslims. Nigeria has a large non-Muslim population. It is likely another case of Arab Muslims selling Christians into slavery. Unlike President Bush, Obama paid little attention to Africa. When he did pay attention to Africa, it was largely to reward Muslim violence against African Christians in Nigeria, Kenya or Côte d’Ivoire.

Why Mueller Is REALLY Indicting Flynn

The mainstream narrative is that squeaky-clean special prosecutor Robert Mueller is going to indict Trump’s one-time foreign policy advisor Michael Flynn because Flynn is in the pocket of the Russians and the Turks. But the truth might be totally different … After all, Flynn’s meeting with Russian diplomats was completely normal, according to a prominent U.S. Ambassador to the Soviet Union. So why is Mueller really going after Flynn?  When Flynn was head of the U.S. Defense Intelligence Agency and afterwards, he blew the whistle on the U.S. and its allies willfully allowing Islamic terrorists to flourish in Syria. That didn’t ingratiate him with the Deep State …Then last November, Flynn ruffled more feathers by writing: The primary bone of contention between the U.S. and Turkey is Fethullah Gülen, a shady Islamic mullah residing in Pennsylvania whom former President Clinton once called his “friend” in a well circulated video...http://www.washingtonsblog.com/2017/11/mueller-really-indicting-flynn.html

"So North Korea is officially a terrorism-sponsoring nation according to the Trump Administration because Kim Jong-Un killed a family member. Meanwhile, Saudi Arabia is in the process of killing the entire country of Yemen and no one says a word..."

As Saudi Arabia spins from crisis to crisis, U.S. oil hasn’t missed a beat. It’s stronger and more resilient than ever--and it has nothing to do with OPEC oil production cuts. In this war, U.S. oil wins, and the recent purge of billionaire princes in Saudi Arabia is icing on the cake.

The British government has purchased the technology used in the Israeli-made Iron Dome missile defence system, to be deployed in the Falkland Islands. According to Ynet, the £78 million-pound purchase will see the technology, developed by a subsidiary of Iron Dome developers and Israeli arms giant Rafael, “used for command and control of a British air defence system called Land Ceptor”.

21 Gun Controls Currently Being Pushed by Senate Democrats and Their Surrogates
Rather than focus on taking guns away from the criminals on the streets senate Democrats are pushing 21 new gun controls for law-abiding citizens.

The US military has begun testing AI brain implants that can change a person’s mood on humans.  These ‘mind control’ chips emit electronic pulses that alter brain chemistry in a process called ‘deep brain stimulation.’

Virginia: Muslims Call For “Force” To Be Used Against “Infidels” To Accept The Koran
…A recent report from Rabwah Times documented a recent event in which Muslims in Virginia calling for infidels (non-Muslims) to “accept the holy book [the Koran]” or “they have to be forced.”

‘Kids Sacrificed, Abusers Protected’: USA Olympic Dr. Pleads Guilty to Massive Child Rape Scandal
The doctor at the center of a child sex abuse scandal involving 125 victims within the USA Gymnastics Program has pleaded guilty molesting multiple girls. A massive case involving over a hundred women and girls is shining a light on the horrid sexual abuse and cover-up taking place within the USA Gymnastics program.

Sometimes a story comes along that makes your blood boil, and this is one of them.  All over the nation CPS is stealing children from Christian families that express concerns about the safety of vaccines, but I never expected it to happen in north Idaho.  Actually, a large number of families from all over the country have moved to Idaho in recent years specifically because of the vaccine issue.  In Idaho, there is no legal requirement to vaccinate your children, and so no child should ever be taken away because parents do not intend to vaccinate.  Unfortunately, that appears to be what happened in this case....http://endoftheamericandream.com/archives/cps-grabs-newborn-baby-from-a-disabled-christian-mother-after-the-parents-expressed-a-desire-not-to-vaccinate

The same Disney show that previously exposed little children to same-sex kissing, is at it again. This month the Disney XD channel has introduced the company's first "male princess. Promotional materials say, "Marco is about to reveal his truth to the students when Ms. Heinous storms in and outs him herself, pulling down his shirt to reveal a strand of chest hair. But the other princesses stand by Marco."
Walt continues to weep. Parents and grandparents should be informed and vigilant. http://blog.faithandfreedom.us/2017/11/disney-introduces-its-first-boy-princess.html#.WhxgHUqnGM8